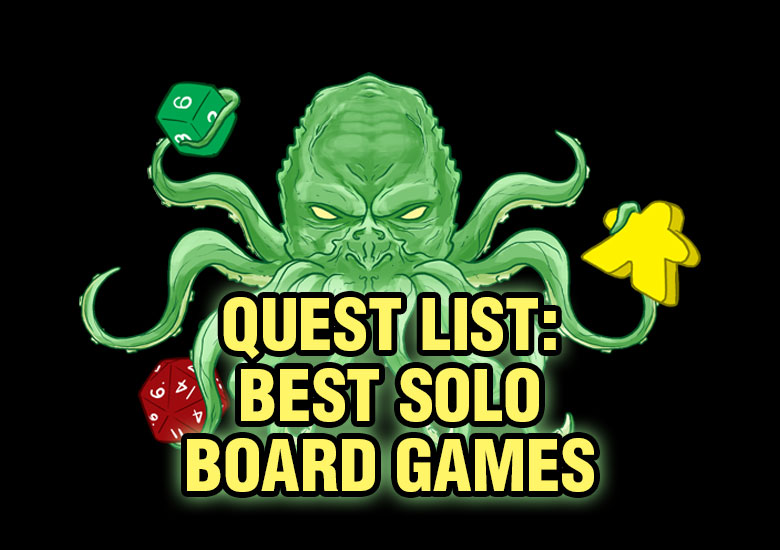 Thanks to the pandemic that’s raging through the world, the BGQ crew has been doing a lot more solo gaming lately. In fact, Tony released his Top 10 Solo Games list back in April this year. But we thought it would be fun for the BGQ crew to gather together (remotely of course) and each choose our favorite solo board game… or at least one we’ve been playing a lot of lately. And unlike Tony’s Top 10 list, these games don’t have to be strictly solo affairs, just games that also play great with only one player. So let’s get to it! Here are the BGQ crew’s solo board game recommendations. 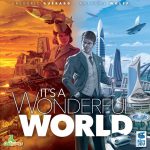 Building engines all by yourself couldn’t be sweeter! The rules for this game include a way to play the base game (“solo mode”) as well as some thematic, challenging scenarios that require you to build specific technologies in your empire. Part of the reason I even bother playing games by myself is that I have all the time in the world to optimize, think, and explore possibilities in my choices. That desire to do better is very much satisfied in engine building, and even more so when the rules create brackets of scores with titles. For example, the bracket titles in solo mode are Rooky, Dictator, Emperor, and Living God while the scenarios have three tiers of medals. I’ll be real with you though—I’ve only ever managed Dictator and have zero medals to date. However, just the fact that I know what score qualifies me for more credibility compels me to repeat plays. It’s A Wonderful World only takes about an hour to play so if you’re unsure about the amount of time you’ll have to yourself it’s perfect for an unpredictable schedule, too.

This year I’ve been trying a lot more solo games and Nemo’s War has really enthralled me. It’s a solo only game that is highly thematic, challenging, and boasts a bucketload of replay value. You take on the role of Captain Nemo and his submarine the Nautilus. At the onset of the game, you choose one of four motivations: Exploration, Science, Anti-Imperialism, or War that will drive your actions throughout the game. Nemo’s War features some press your luck and action management all wrapped up in a game with where you never feel like you have enough time to do all that you want to. If you are looking for a game that’s built around only one player, Nemo’s War is hard to pass up.

Over at the Board Game Quest bunker, there’s quite the discussion on whether solo mode for board games is a necessity or a happy add-on. For yours truly, playing board games is, by intention, a social event. So for me to come out and admit there’s a game that I do enjoy solo, that’s high praise. That game is Gaia Project with the already included solo mode from Automa Factory, known for high-quality solo rules. Maybe it’s the fact that it’s a difficult game to master or that playing the various factions is part of the enjoyment, but in either case, slogging away at the automa AI in solo is a great way to spend a lonely Saturday. The automa makes some “decisions”, but the real meat is just having a decent barometer to gauge your own play.

Outside of a brief demo at Gen Con 2018, my only experience with The 7th Continent is solitaire, and I am fairly certain I want to keep it that way. Each expedition about the land present in the large cardboard “file cabinet” of a game will tell unique stories through enemies and allies alike. The different characters offer strengths and weaknesses to hone in on, while also providing story elements specific to them. I prefer this as a solo game in the same way I seek out a lot of single-player video games. You learn and grow with each play, seeking to best your prior progress. You try (and regularly fail) with each of the characters to seek out which is best for your playstyle. And you can explore and enjoy at your own pace using a fantastic save mechanic.

I’m not generally much of a solo player. But desperate quarantine times call for desperate measures. And Marvel Champions has really been the only game I’ve played solo more than a few times. I’m really getting into the deck-building portion of the game now that I’ve played every hero and villain in their pre-built forms. The recently announced “heroic” variants really let you crank up the difficulty and I’ve got a lot of enjoyment out of trying to see how good of a deck I can come up with to defeat a particular villain when you are drawing so many extra encounters. And best of all, that deckbuilding is often very particular to both the villain you are facing and the hero you are using so it’s easy to switch it up and have a brand new challenge.

Chosen by Brian B. 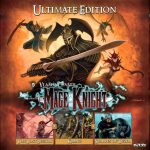 I will address the low hanging fruit. Mage Knight is regarded as one of the best solo experiences in board gaming. The BGG One Player Guild has voted this the number one solo game from 2014 – 2018, losing its crown in 2019 to Spirit Island (bonus solo gaming coverage—play Spirit Island solo as well!). So what makes this fantasy-themed game so special? It includes numerous scenarios and crazy amounts of character customization providing a game with almost infinite replay value. Due to its complexity, playing solo allows you to plan your strategy and fully explore your options without worrying about dragging down the game for others. The card management puzzle creates some difficult decision making that I look for in my gaming. This game is simply a joy to play! 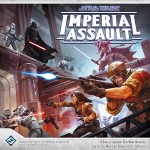 I absolutely love Imperial Assault, but one of the drawbacks to it hitting our table was the fact it was one versus all, which is not always the best fit for our table. Thankfully, with the advent of the companion app running the Empire, Imperial Assault has turned into a solid co-op, and an even more solid solo game. My personal favorite is to control a couple of characters as they navigate through the trials and pitfalls of a Rebel mission to overthrow the Empire. Star Wars + solo opportunity + reliable gameplay = a great experience for times when I can’t get the gang together.

Architects of the West Kingdom 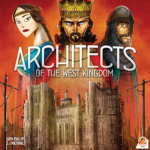 if you’ve been paying attention to my Instagram feed lately, you’ll know that I have been frequently playing and enjoying Architects of the West Kingdom. Here’s what makes it a fantastic solo gaming experience: the game is incredibly easy to get set up. Once you’re familiar, it will take you less than 5 minutes. The solo deck that you compete against is easy to manage and gets progressively more difficult as the game goes on, challenging you to ramp up your efforts to get points and not rest on your laurels. The game is tough but not unforgiving. I’ve always enjoyed finding the best ways to get points or move up the virtue track. Added bonus, if you’ve played Raiders of the North Sea or any other Garphill Games, the iconography is consistent across the games, making your learning curve that much lower. With the combination of worker placement and engine building that hit for me that mechanical sweet spot, this game is high on my list and I definitely encourage you to check it out. 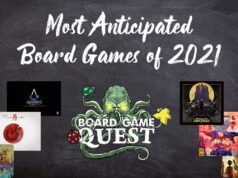 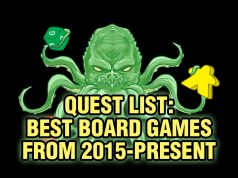 Best Board Games from 2015-Present 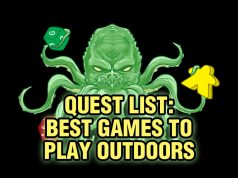