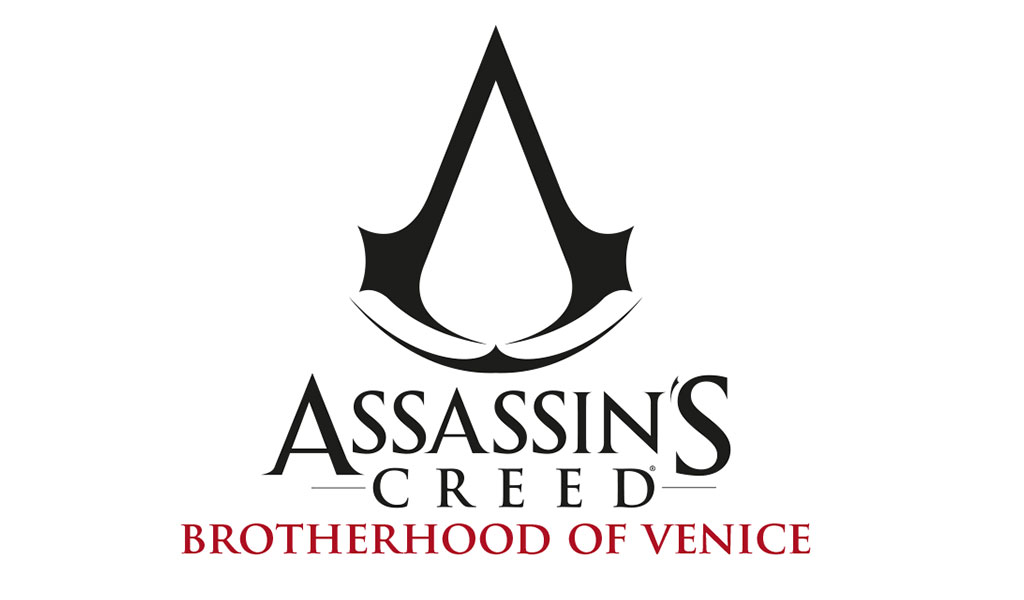 Triton Noir (V-Commandos) revealed today that they are going to bringing an Assassin’s Creed themed board game to Kickstarter this November. I had a chance to sit down and chat with Thibaud de la Touanne, the founder of Triton Noir, and he was able to give me a few details about the game. 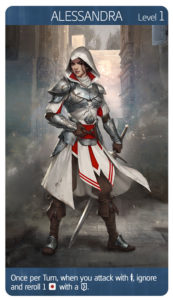 Assassin’s Creed: Brotherhood of Venice, based on the best selling video game series from Ubisoft, will be a fully cooperative, tactical, infiltration style board game. The mechanics will be based on their great V-Commandos line of games (review here), however the system has been improved and tweaked to be more accessible. Assassin’s Creed: Brotherhood of Venice will feature a campaign of 20 linked missions that slowly evolve over the course of the campaign. Triton Noir will be using an envelope system (think Mechs vs. Minions) to add gameplay elements after each mission. Players will be able to visit a headquarters between missions to equip their assassins. Games should take around 45 minutes to play.

Speaking of, the game will feature four brand new assassins for the players to control. The game itself is set during the Renaissance period (between Assassin’s Creed Brotherhood and Revelations) in Venice, so expect to see a visit from fan favorites such as Leonardo da Vinci, Lucrezia Borgia, and of course, Ezio Auditore.

Also different from V-Commandos is that Assassin’s Creed: Brotherhood of Venice will have fully sculpted miniatures instead of tokens. Thibaud says they are working with a number of experienced sculptors to help bring the Assassin’s Creed world into 3D on your tabletop. 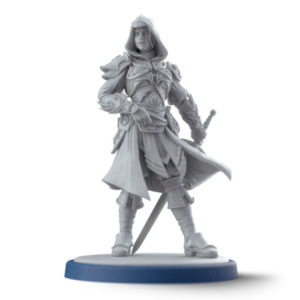 He also says that while they are developing this themselves, they are still working with Ubisoft to make sure the lore of Assassin’s Creed shines through in the game. In fact, many of the Triton Noir staff used to work in in the video game industry, with Thibaud and a few others actually having worked on the Assassin’s Creed video game franchise itself. So he’s confident he can bring the world to our tabletops and still respect the history of the IP.

Finally, for the gamers at heart, the Assassin’s Creed Board game will feature a trophy system where you earn trophies much like in your video games. Play a game in a certain way or with a specific handicap an you will earn a trophy/achievement for your dashboard. At the end of the campaign, you can see how well you did based on your trophies. He did mention that players are free to ignore this mechanic altogether if it doesn’t interest them.

The Assassin’s Creed board game should be launching on Kickstarter this November. No price has been revealed at this time.