We review Architectura, a quick playing, city builder for 2-4 players published by Hobby World. In this filler game, players are strategically placing buildings in the city trying to earn the most points.

Board gaming is a worldwide hobby. It should come as no surprise that some of the biggest game development studios and publishers operate throughout the world delivering games to every continent (maybe not Antarctica). Zeroing in on Eastern Europe and Russia in particular, consumers know one very important name: Hobby World.

Most of their activity is to republish hot titles from other companies, however, every so often a game originates from the Slavic company with just enough bite to get noticed worldwide. A recent title appreciated by yours truly was a big hit personally in the filler category.

Architectura is one of those small titles coming from Hobby World that aims to repeat the success of The Golden Sails. It’s a cards-as-tiles placement game for 2-4 players that takes about 30 minutes to play. It’s best with 4 players.

Architectura centers around each player’s unique deck of building cards. Four different decks are provided. They’re all the same with the exception of a couple of cards which show different buildings and play options. Players will be placing these cards as structures on streets equal to the number of players.

The other twist (pun not intended) to this is that each building card can be rotated 90, 180, or 270 degrees. This changes the point value of the card in final scoring. When a building is placed next to an existing building, there is potential for the older building to be rotated to gain or lose victory points.

The game continues like this until only one player is left who is able to play a card due to building limitations. Final victory points are then calculated.

The above rules may seem simplistic and a bit light, but the effects as a whole make for a fantastic filler game. It should be noted that even this writer was extremely skeptical of the fun to be had from such a small card game as it was described. The real excitement comes in the 3 and 4 player format when multiple card effects and play location options create a really dynamic game.

The most interesting aspect of play is that in the advanced game, each player can customize their deck of cards before play begins, thus ensuring that a particular strategy is in focus. Then again, that strategy may be foiled by the choices offered turn by turn. Thereby, solid decision making in choosing a card to play is necessary with each turn. This tactical spin (ok, now pun intended) makes the game even more exciting.

Beyond these two considerations, there is one major gripe to be had. In a two player format, the game feels flat due to the limited play space each turn. In this case, players can make play to only two rows. This is annoying because additional rules could have been included to allow all four decks to be used in a two player game.

Architectura is great filler. It’s compact and heavy enough to get some brain cells wired for its short playtime. While it may seem from the description to be something to write off without even trying, inquisitive players will be handsomely rewarded. Hobby World has easily impressed this reviewer again with a solid offering.

Misses:
• Not so great with two players 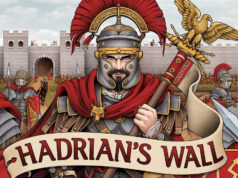 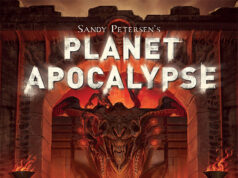 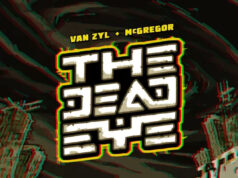