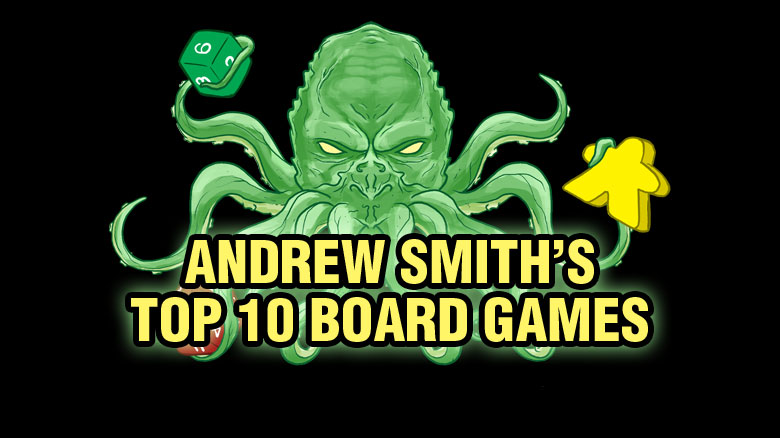 I’ve taken on the task of trying to determine my favorite board games out of the entire hobby gaming world. It is a tough thing to do as which game I want to play depends a lot on just how I’m feeling that day. On any random day you could ask me for a top ten and it might be very different. Regardless, these are games that I love and should give you some insight into the types of games that I really find myself drawn to.

The newest game from Vital Lacerda, Lisboa is a sprawling game where players attempt to rebuild Lisbon after its destruction. It’s a wonderfully produced game with a ton of depth that I’m only beginning to explore. Lisboa is a hard game to teach and wrap your head around, but I look forward to it every time I get a chance to play it.

Recently reprinted by Splotter, The Great Zimbabwe is a great starting point for Euro gamers wanting to give heavier games a try. Outside of setup, there is no randomness. There is a neat auction mechanism for turn order that is critically important. It can be tough on new players but is a rewarding game when you are able to get an engine going.

Much lighter than my usual favorites, but Qwinto is a game I am always willing to play and a game only takes about 10 minutes. There are a ton of interesting strategic and tactical choices to make in such a tiny package. Qwinto has a bit of a press your luck element without being too obvious about it, and is absolutely my favorite roll-and-write game.

Neuroshima Hex is basically an abstract game with a pasted-on theme of armies fighting in a post-apocalyptic world. The expansions add a ton of replay value as each army has its own unique units and rules. Some of them are fairly ‘normal’ with a couple variations while others play completely different. Neuroshima Hex is, by far, the most-tense abstract game I’ve had the pleasure of playing as an unexpected move can absolutely inflict a ton of damage. Yet you never feel like you are so far behind that you can’t pull it out.

Playing through the campaign of Pandemic Legacy is one of my favorite gaming experiences ever. It’s a bit farther down the list than it might otherwise by just because that is a bit of a one-shot experience. That said, please don’t be deterred by that. Playing a game 12-24 times is a lot and is well worth the price of the game. The story in Pandemic Legacy really works and you get pulled into not just the overall theme, but the characters, the cities, and every sticker you have to put on the components. If you somehow haven’t played this, you should.

Food Chain Magnate is Splotter’s biggest commercial success. I love the theme of opening up my own fast food restaurant, hoping to expand it into a dominate chain. It can be very mean and is even less forgiving for new players than The Great Zimbabwe, but the optimal strategy is largely based on the layout of the map and taking advantage of the choices other players are making as well. You have to be very aware of what everyone else is doing. This kind of player interaction, more subtle than some take-that mechanic, is one of my favorite things in board games.

I was recently introduced to Concordia at Origins 2017 and it has quickly become one of my most played games of the year. Players have to balance expanding their presence in cities to increase production with acquiring new cards that increase their end game scoring and give them additional actions. Concordia has a few expansion maps that have a small twist and add a lot of replay value to the base game. 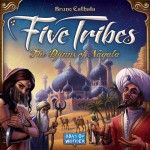 Five Tribes was one of my first games that pushed me toward the heavier side of the medium-to-heavy euro spectrum. It’s simple enough that new players can pick it up and develop a strategy pretty easily. Experienced players can be rewarded for branching out a little from the obvious strategies in Five Tribes and possibly trying something that is a little riskier but has more upside. Each turn, players bid on turn order with coins that translate directly to victory points. But the available bid amounts are set so you have to kind of guess what other people are willing to pay when making your selection. 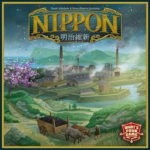 Nippon is a game that defies classification. It isn’t really worker placement, but yet you take workers from a supply. Perhaps it’s an action selection, but which workers are present will definitely influence which actions you choose. And then there is a whole area control element to it as well. Every time I’ve played Nippon I’ve felt like I’m just barely able to do the things I need to do. You can’t really play Nippon without trying to come up with a long term strategy, but you have to be flexible enough to change plans when needed.

For me, Kanban is a masterpiece. I will literally play it at any time, with anyone, at any player count. Even after dozens of plays there just doesn’t seem to be a strategy that is ever always the right approach to take. There is some variability in the setup for the factory goals and end-game goals that can drastically change how you approach each turn. Not to mention having to account for what other players are doing and making sure they aren’t going to mess up your carefully thought out plans. Similar to Food Chain Magnate, the player interaction here isn’t forced–it is subtle. But Kanban absolutely makes you care about what is going on during every turn, not just your own. 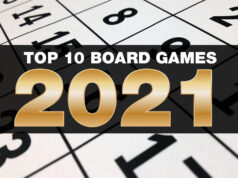