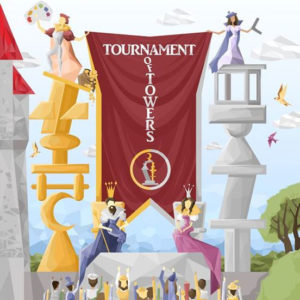 I love dexterity games. It’s genre of games can be played with everyone from the most hardcore strategy gamers to my younger nieces and nephews. It all comes down to skill, luck and sometimes a little creativity. So when a new dexterity game (or “sport game” as my silly friends on the East coast call it) comes to the market, I’m always willing to give it a go.

Tournament of Towers, coming next week to Kickstarter, is a new dexterity game that seeks to have players stacking their way to victory. With some definite oddball shapes, Tournament of Towers takes a deft hand if you hope to win. So lets dive into the pieces and see if this is a game you’d like to back on Kickstarter.

While there are a few different variants on play (family mode, mulligans, etc), the basic game play in Tournament of Towers has players stacking oddly shaped pieces with the goal of creating the tallest tower worth the most points. Using a system of piece values and card drafting, players must make it through two rounds of stacking if they hope to win the tournament.

At the start of the round, each player is dealt out 7 building cards. Using the standard “pick and pass” style of card drafting, players select which shapes they wish to build with that round.

There are two types of pieces, gold and grey. Gold pieces have more rounded and crazy shapes, but are worth more points than grey pieces, whose shapes are more uniform and easier to stack.

After all seven cards are chosen, players then create a build order. Finally an event die is rolled and a monkey wrench might be thrown into the players preferred build order.

When players are ready, they then proceed to build their tower. With the standard “apprentice rules”, players can build at their own pace. A player may use two hands to build, but are only allowed to touch the piece currently being placed.

Once all players have placed their 7 pieces, towers are scored. The player with the tallest tower earns 3 points. Players also earn 1 point per gold piece placed. If a player added their architect to their tower, they also earn a bonus point.

Round two happens exactly like round one, however players must build off their tower as it is. So things can get trickier in round two depending on how your tower was built. The most points after two rounds wins the game.

While a stacking game isn’t wholly new in our hobby, they are a bit of an underserved segment of dexterity games. So I’m glad to see someone else taking on this style of game.

Overall I thought Tournament of Towers was a fun game that successfully merged two mechanics I really enjoy in gaming: card drafting and dexterity. Card drafting opens up some nice, strategic options for players during the game. They must weigh their decisions when trying to draft the best cards themselves, while also taking cards their opponents clearly will want (or forcing bad shapes onto them).

This is more prevalent in round two, where you can look at your opponent’s tower and see what cards would really mess them up. Some cards, such as a giant “x” piece work just fine in round one, but could be a disaster due to its size in round two. If you can force that piece on your opponent, you can watch them flail about as they attempt to shoehorn that piece on.

I will say I wasn’t a very big fan of the piece falling rules. The pieces in Tournament of Towers are very irregularly shaped, especially the gold pieces. So I’ve found that pieces in this game tend to slip off more than other stacking games. Although, this could be partially due to it being a prototype version.

Regardless, being eliminated from the game after two pieces fall off feels really punishing, especially for such a casual game. This becomes even more prevalent in a 2 player game. If someone gets eliminated in round 1, if feels fairly anticlimactic for the game to just end then.

I think a better rule would be to use negative points. Have grey pieces be worth -1 point with yellow pieces being worth -2 if they fall. This could be a sizable deterrent for players who might just kick a hard piece out since scoring in Tournament of Towers is very tight. Anytime you can do away with player elimination in games, I’m a fan.

Finally, I did really like how the game used dual colored pieces. You can try to draft more grey pieces if you want to play things safe and go for height, but you might also want to concentrate on gold pieces if you think you are behind in scoring. It lets players form their own strategies and gives a few options other than just taking the most obviously benign piece to place.

Tournament of Towers is another nice addition to the dexterity genre that I think will appeal to any fans of stacking games. It’s game play is easy enough to be enjoyed by families, yet can easily act as a lighter game to close out a game night.

While I think there are a few rules that can easily be ironed out with more play testing, overall I found Tournament of Towers to be a solid dexterity game that merges well with the card drafting style of game play.

Tournament of Towers is currently in funding on Kickstarter, with pledges starting at $49. So head over to their campaign page if you’d like more information, or to become a backer. 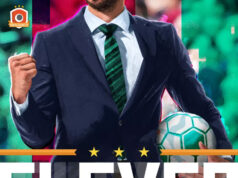 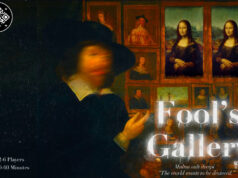