We review Splendor for iPad and iPhone, the hit family game from Space Cowboys. Splendor has won multiple awards for the tabletop version and we discuss how Splendor translates to the digital realm. 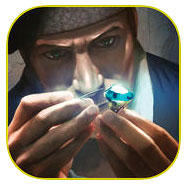 When it comes to great family games, one doesn’t have to look much farther than Splendor to find an award-winning example. A gem of a game (pun intended) from publisher Space Cowboys, Splendor sucked people in with its very accessible rules and entertaining engine building mechanics. We actually reviewed Splendor a while ago, and have played it quite a bit since then. Today, we are going to take a look at the tablet version of this popular board game and see how this gateway game translates to the digital realm.

As mentioned above, if you’d like to get the full rundown on how to play Splendor and what the game experience is like, check out our full review. But the short of it is that in Splendor, players are competing against each other to be the first to acquire 15 victory points. On their turn, players can either collect gem tokens, or use previously collected tokens to buy gem cards. Gem cards will give a player a discount on buying future gem cards of the appropriate color, and some may also contain the victory points that are needed to win!

From the very start of a game, I could tell Splendor was developed with a lot of attention to detail. Once into a game, you are greeted with the familiar game setup. The cards are laid out in rows in the center of the “table”, with the bonus people along the right side. Along the left side of the screen are the player icons (and their VP total), with the active player being highlighted.

The bottom of the screen shows the player’s current amount of tokens (both in temporary and permanent) in each color, along with any cards they might have reserved.

When it’s your turn, any cards that a player can purchase (because they have the required gems) are highlighted for them. This makes quickly choosing which card to buy a breeze.

The interface also contains some nice thematic touches. The gems on the cards will occasionally sparkle and when you choose a chip or a card, it will fly to your spot at the bottom of the screen. After a gem card is purchased, a new card will fly out of the draw stack to replace it. All the animations are smooth and don’t detract from the game play.

All-in-all Splendor is a very polished app when it comes to the interface. Developer Days of Wonder has alway been on top of updates and we didn’t encounter any bugs during our plays.

The Splendor experience translates to the tablet in a fairly seamless manner. As most of the games components are flat (cards or poker chips), players are missing next to nothing when playing the game digitally.

In fact, the game even teaches you how to play with a fantastic guided tutorial. Not that Splendor is very difficult to learn, but the app walks you through the rules, and even how to work the interface. This is good because there is no option to view the rulebook in the app. Normally that’d be a glaring omission in a board game app, the rules in Splendor only take up a few paragraphs, the times a player would need to reference the rules are most likely extremely minimal.

When playing a game against the AI in Splendor, players have a few options to choose from. Balanced, Specialized, Opportunistic, Random, and Secret Behavior are your options here. The AI is actually competent in Splendor and, while I’ve won more games than I’ve lost, the AI still can beat me on occasion.

In addition to AI, the app features a pass-and-play mode. In a curious decision, there is no option to add in an AI opponent to a pass-and-play match. I’m not really sure as to why, but it certainly could have helped fill out games with space for more players.

While the game doesn’t feature an undo button (something I consider a requirement in ANY tablet board game app), the app does require you to confirm any choices on your turn. And once you select a gem or card, there is an “X” button you can hit to send your choice back to the stack. So the times you will be kicking yourself for making a bonehead move should be a somewhat rarity.

In addition to AI and Pass and Play, Splendor also features a really entertaining challenge mode. These give you preset game states and special rules. Some require you to collect X number of gem cards in 90 seconds, while others limit how many chips you can use in total. There are 6 challenge locations, each of which has six challenges tied to their particle theme. Some of these are quite hard to win and I definitely spent a good amount of time trying to tackle these. The developers over at Days of Wonder certainly got creative when designing these challenges.

Finally, the app has one glaring omission. The lack of online multiplayer. Days of Wonder’s other app, Ticket to Ride has this through Game Center, so I’m not sure why it got left out of Splendor. If you primarily play offline, this won’t be an issue for you. But for people who enjoy pick up games with strangers, the app offers nothing to help you with that. Hopefully this will be added as an update down the line.

The app itself runs very quickly and I found it to be a great experience for getting in a quick fix of this family game. As Splendor is a fairly light game in general, you can get in a full game of Splendor in about 10 minutes. However I’m guessing most players will eventually gravitate towards the challenge mode to give them something unique to occupy their time. This mode offers something not found in Splendor’s tabletop cousin.

Overall Days of Wonder did a great job with the Splendor app. From the thematic animations to the smooth game play, if you are a fan of playing against the AI, you won’t find much to complain about with Splendor. The game is also a universal download, so you can get in a game on your iPad or iPhone depending on what you have handy at the time.

The lack of online play, or even adding an AI to a pass-and-play match seems like an odd omission that will probably turn some players away. Perhaps that will get added in a future update, but for now, players will have to make do without.

In the end though, the robust challenge mode, combined with some solid game play vs the AI, still make the Splendor app a great addition to anyone’s stable of tablet board games.

If you are a fan of the tabletop game, then picking up the Splendor app should be an easy decision. The app faithfully recreates the tabletop game, but also adds in a few bonuses not found in the game box. At $6.99, it’s not cheap, especially for a mobile app, but it’s still a whole lot cheaper than buying the tabletop game if you just wanted to check out what the fuss about Splendor is all about.

Final Score: 4 Stars – A solid translation of a great family game. Rounding out a few missing game modes could make this a five-star app.

Hits:
• Great representation of the tabletop game
• Challenge mode is highly entertaining
• Smooth visuals and gameplay
• Guided tutorial teaches you how to play