Board Game Review By: :
Alex Rosenwald

We review the 2-5 player stacking game Rhino Hero, from Haba. Fun for both families and gamers Rhino Hero takes some very simple mechanics and blends it into some exciting game play that sure to draw a crowd.

Sometimes, you are in the mood to spend a long afternoon and evening playing a really heavy and thinky Euro or 18xx game, with lots of deep decision making, economic engines, stock markets, and diplomacy. When that mood strikes you, then do not pick up Rhino Hero by HABA. Sometimes, you want to have some laughs while playing a light and simple title. When that mood strikes you, then you should pick up Rhino Hero. Does Rhino Hero rise to the highest heights, or does it collapse under its own weight? Read on to find out.

Rhino Hero is a dexterity game for 2-5 players that plays in about 10 minutes. Rhino Hero plays best with 3 players, but works equally as well with 2 or 4 players. Rhino Hero can be played by players of all ages.

In Rhino Hero, you construct a card tower that a rhino wants to scale to do good in his city. On their turn, players will construct walls and a ceiling card, which in turn creates a new floor of the tower. Sometimes players will also be required to move the rhino up the tower as he continues his heroic ascent. Players will also be activating the special powers of the ceiling cards as they are played, that can have various effects on the game play. The game ends and a player wins when all of their ceiling tiles are played, or by having the least ceiling tiles in hand when another player knocks over the tower.

Since it was a game designed for children, the components are bright, colorful, and contain adorable and appropriate imagery. The artwork for the wall cards, with animals and decorations for the walls and windows, are especially cute. The cards themselves are noticeably thicker than your standard playing card, since they have to be able to handle the stacking nature of the game. The wall cards come pre-scored for folding, and are also thicker. The little rhino meeple figure is chunky enough for younger gamers to get their fingers around, but small enough to be a challenge for us old folks.

At the beginning of Rhino Hero, each player is dealt a hand of 5 ceiling cards. The first player starts at the ground floor, taking two wall cards (which are cards that are bent to a 90 degree angle) and placing them on a template that shows the required shape the walls need to form. Ceiling cards may have special powers that activate after they are placed. Powers include causing the next player to draw an extra card or lose a turn, allowing a second ceiling card to be played immediately, or causing the next player to have to move the Rhino from its current position to the highest level ceiling.

After a player completes their turn, play passes to the next player, who has to play wall cards according to the template on the new ceiling card, moving and placing the Rhino as required by the previous card.

Play continues around the circle of players in this manner until one of two conditions occur: either a player runs out of ceiling cards or the tower falls over. If a player plays their last ceiling card, then they are immediately declared the winner, while if the tower is knocked over, then the player with the least amount of cards in hand is the victor!

Emerson said “to be simple is to be great,” and that is the best way to describe Rhino Hero. It is a game that can be taught in less than two minutes, and yet provides such an exciting and enjoyable experience to everyone playing it. We picked this title up from the HABA booth at Gen Con 2015, and each person who played it with us ended up purchasing their own. There is the aspect of human nature that enjoys building things, just as much as there is the part that enjoys watching them fall over (which is why stadium demolitions are televised). This game taps into that in a fun and light-hearted way, and it makes it an absolute success.

Like other dexterity games, part of the fun of Rhino Hero is the nervousness and the anxiety that comes when the tower gets higher and higher. At some points during our plays, all of the players were backed up away from the table, holding our breath as we placed the walls and cards and rhinos. At one point, we had an entire crowd of people watching us, and cheering when we were successful. It’s a game that truly sucks observers in, and the short play time and rules explanation get those people into the game quickly and effectively.

For a game designed for children, there is a bit of strategy that comes into play when choosing which ceiling tile to place. You can mess with the next player by playing a ceiling tile that calls for only one wall, or an orientation that will further unbalance the tower. You can also play cards that will empty your hand faster and force your opponent to skip turns. While these may seem like simple mechanics to adults, they are presented in an easy-to-learn way for younger gamers.  We felt that this game did a great job of meeting the needs of gamers and non-gamers alike over the entire age range of 5-99.

I cannot say enough good things about Rhino Hero. This is a game at least one person in every gaming group should own. It’s great for families, it’s great for teenagers, and it’s great for adults. Rhino Hero should appeal to everyone, and you can play it 36 times in the time you could play a game of Twilight Imperium 3rd Edition. This is the best game we picked up at Gen Con 2015, hands-down.

If you’d like to pick up a copy of Rhino Hero, you can grab it for about $15.

Final Score: 5 Stars – Stop reading this article and go buy it. Seriously, do it now.

Hits:
• Simple rules
• So much fun to play
• Great for kids and adults, both gamer and non-gamer alike
• Great for posting silly videos of gameplay to YouTube

Misses:
•That you don’t own this game. Didn’t I tell you to stop reading? Go get it now. 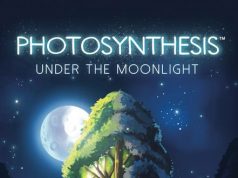 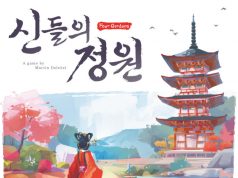 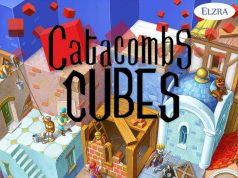