We review the digital version of Brass for your iPad and iPhone. Developer Cublo Games has faithfully recreated this hit Martin Wallace title and has made it available to be played on iOS. 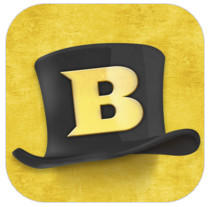 Martin Wallace is a fairly well known game designer. He has created dozens of notable games: Steam, A Few Acres of Snow, and London just to name a few. One of his more notable games is Brass. In Brass, players take on the role of English industrialists during the industrial revolution. Construction factories to produce cotton, coal, and steel is the name of the game here.

Brass is about as euroy as Eurogames get. It’s a heavy economic game dealing with pre-modern industry and transportation. Does it translate well to our tablets? Let’s fire up the app and find out.

As mentioned earlier, in Brass, players are trying to earn their way as industrialists during the English industrial revolution. The game is played over two eras: the canal phase and the rail phase.

During the game, players will be using a hand of cards to drive their actions which include: building industry (Cotton Mills, Coal Mines, Steel Mills, Ports, and Shipyards), building canals or rails (depending on the era), developing their own industries, selling cotton (either to the foreign markets or to local ports), or taking loans.

Players score victory points for building connections and making deals with their industries. The goal is to have the most victory points after the second round of scoring. Sounds complex? It is, but it’s also a really refined game.

Brass does a really good job with the game’s interface. Once the game fires up, players are greeted with a map of Northern England. Industries will be constructed in one of the many English cities illustrated on this screen.

Other than the map, which dominates the screen’s real estate, the borders of the screen have three main areas. At the top of the screen, players will find their current cash on hand, income per turn, victory points, turn order, and actions left this round. Players can tap the bar here to bring up more detailed information on the above.

On the bottom of the screen is where the main action happens. There are three distinct areas. The first is a button to bring up your hand of cards. Each card is either a location or a specific building type. Tapping on a location card will zoom the map over to that city. This was a godsend for people like me who aren’t well versed in English geography.

Next to that is the Building button, tap that and it will show you the current level of each of your five buildings. As you build industries during the game, your buildings become more powerful and also more expensive.

And then, there is the game’s action bar. These 6 icons can be pressed to take any of the games actions. A button will be greyed out if a player cannot currently take that action. Once pressed, the game will step you through taking that action, including placing green check marks over each part of the action as you complete those steps. This worked fantastically and I thought that this was a smart approach. Even after I became more familiar with the rules, I still found this procedure to be unobtrusive and liked the reminders.

Finally, one of the neatest things about the interface is that it if you rotate your iPad (or iPhone) from portrait to landscape the map will zoom out. I played mostly in landscape mode, where you can easily click around on the map. However you can rotate the screen to portrait mode and the map will zoom out to show you the whole board. This was great when looking for a specific city or if I just wanted to get a general overview of the action.

Brass is not a game for the casual gamer. It was true of the tabletop version and I’d say it still holds true for the tablet version. It’s a heavy, complex game with a theme that doesn’t exactly suck you in.

That being said, I really enjoyed the app. I’ll admit that I’ve never played the tabletop version. I’m not a huge fan of heavy euro games, and the thought of spending 2-3 hours being a pre-modern English industrialist will put me to sleep before the rules are even finished.

But on my iPad, I can play a game of Brass in 20-30 minutes (solo). Now you’re talking. I will never buy the cardboard version of Brass, but I’ve already played a dozen games of the digital version. I like how quickly and smoothly the game plays, especially being able to cut the play time way down.

The app does include a tutorial for new players; however it’s not the best at explaining this complex game. I ended up popping online to watch a tutorial video which helped me wrap my head around the games intricacies. For some reason the app does have a glaring omission in that you can’t access the game’s rulebook while in the game. You have to exit out to the main menu first. That’s something that really needs to be rectified, especially for a game as heavy as Brass.

That being said, the game does something I love which allows me to skip the computer opponent’s turns. You have the option of watching them play or just getting a summary of what they did. This is FANTASTIC and I wish more apps did this. I play solo apps fairly regularly and I hate watching my opponents take their turns (at least for games with minimal interaction). I usually crank the speed up as high as possible when that’s an option. So kudos to developer Cublo Games for a great idea.

Brass can be played either solo vs the AI, local with pass and play, or network multiplayer. The AI unfortunately has no difficulty settings. It is said to be intermediate level, but after a few games of getting the rules down, I found I could beat the AI without too much trouble. I’d like to see some difficulty levels in a future update to the app.

One more feature that is shockingly absent from Brass is the lack of an undo button. As far as I’m concerned, this should be present in almost every iOS board game. There have been more than a few times I’ve clicked a wrong button in an app and messed things up. It would have been nice to be able to undo my actions, especially in a solo game, and one as complex as Brass.

The network multiplayer does require a registration, but you can’t create private games or invite friends. So if you want to play as game with a friend in another location, you’ll have to coordinate outside the app.

If you are a fan of Brass, Martin Wallace Games, or even Eurogames in general than Brass is absolutely worth picking up. The app runs really smooth, the visual are great, and it feels like I’m playing the tabletop game I’ve always heard so much about.

I will say that Brass is not for the faint of heart. The rules have a bit of a learning curve, so expect to get soundly beat in the game until you understand the intricacies of the rules and strategy. If you are a more casual gamer, than Brass might not be the best choice for you at this stage.

However for the rest of you, Brass is a great adaption of an almost decade old game that has been nominated for quite a few board game awards. Despite a few minor quibbles with the game, Brass was overall an exceptional adaption of this Martin Wallace hit. For eurogame fans out there, this one should be a no brainer.

Final Score: 4.5 Stars – A great adaptation of this hit Martin Wallace title. A must own for the eurogame fans out there.

Hits:
• Great translation from tabletop to tablet
• Love being able to skip computer turns
• Good use of the iPad’s rotation feature
• App does a great job of stepping you though each action.

Misses:
• No undo button
• Can’t access the rule book during a game.