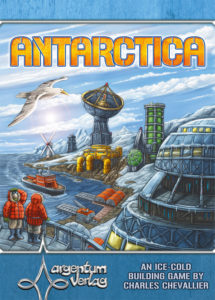 As my gaming time has become more precious, my sweet spot for game length has moved to between 30 minutes to 2 hours…max. If a game is longer than two hours, inevitably it will not be completed in one sitting. Sarah’s (she is my lucky wife that I often mention) yawning and/or snoring will indicate the completion of that night’s gaming session, and the game will then remain on our kitchen table until we both find time to finish the game. This creates a logistical nightmare because:

Why have I described the oddities of my gaming life? Because thinky games that last less than two hours are a treasure for us and Antarctica is thinky. Also, it was designed by Charles Chevallier, who designed Abyss, one of my family’s FAVORITE games. Finally, it plays in less than ONE hour for two players.

Sign me up for this review…which I clearly was, seeing as I am writing this for you…

Antarctica is an area control game for two to four players that takes place in Antarctica, approximately when our planet’s natural resources run low (i.e. the near future). The object of the game, like 93% of all Euros, is to collect the most victory points (VPs) by the end of the game.

The components for Antarctica were, overall, average.

Below is a high level summary of the game; however, feel free to download a pdf of the official rules here.

There is a variable number of turns in the game, and the game ends when one of two end-game conditions are met (see below).

At the beginning of each turn, the Sun moves counterclockwise to the next Area and activates the Ship that is closest to the Sun – the player that owns that Ship MUST move it to a new Area of his choice (the Target Area) and places the Ship in the first unoccupied Ship Space. After moving his Ship, the player has five options:

After a player’s Ship is moved, he has the option of playing ONE Shipyard or Resource Card and receives its benefit. He can also move ONE cube used on the Research Track or ONE Ship from the Available Resource area to the Discarded Resource area (see scoring, below).

The two end game conditions are:

The winner is the player with the most VPs.

This is a unique strategy game; that is for sure.

The Sun mechanism is great and it is simple to understand. Move the Sun counterclockwise, the Ship closest to the Sun can move because the Sun thawed the ice, the Ship moves… repeat. What makes this interesting is WHERE to move your ship. Only the Ship CLOSEST to the Sun moves, unless you have an Icebreaker Shipyard card, which is placed under a Ship in the second Ship Space and allows it to move after then first Ship moves. It’s difficult striking a balance between increasing the effectiveness of your action versus moving the Ship to an empty Area so that the Ship is placed in the first Ship Space and will move again as soon as the Sun shows up.

On the flip side, spreading out Ships makes it easier to meet the Building requirements listed on a Building Card. Each Building Card lists the Buildings to which the player must have access (i.e. have a Ship in an Area containing the Building) before the Building can be constructed. Oh yeah, and there is a downfall to players stacking multiples of their own Ships in the same Area: without an Icebreaker card, the player will need to wait for the Sun to make two full circuits around the board before he will be able to move the second Ship. The different impacts of moving Ships are what make this game so strategic.

The area control aspect of the game is simple: have the most Scientists in an Area; however, the fun comes from planning HOW to gain control. Recruiting scientists and knowing not only how many but when to Recruit is an important strategy.

For example, if a player is the first to place Scientists in an Area and decides to place three in one turn, his opponents will most likely not be adding Buildings in that Area because it would really be helping out that player. The gamesmanship of slowly building up an Area with Buildings and Scientists along with your opponents and allowing them to think they are in control and then BAM – capturing control at the end of the game, is just plain fun. Combine this with the added complexity of trying to time your Ship movement to allow you to claim the Ship Space in an Area you want to control, and you can see why this is not your run-of-the-mill area control game.

The Research Track is also an interesting mechanic. A player can only advance on the Research Track if he either a) builds a Building, allowing him to increase on ANY of the available tracks, or b) chooses the advance a Research Track option, which requires that specific Research Station to have been built in the Target Area. The player moves his cube up the track, but cannot share a space with an opponent. If this happens, the player gets to move a space ahead of his opponent. If a player gets to the end of the track, he is guaranteed to win that track, so trying to decide between advancing on a track a player is already on but in second place versus starting on a new track can be crucial to winning the game.

This brings me to the next big selling point, at least for me: the end game scoring. Scoring in Antarctica is unique because sometimes NOT competing for control of an Area or winning on a Research Track is a better option than competing then losing. Why? Because you are driving up your opponent’s score if you get in an arms race and lose. This took me a couple of games to truly understand.

The Available Resource area of the game baffled me when I first played. Why would I NOT place all of my Ships on the board? (hint: it gives the opponents a free Shipyard card. When that stack runs out, which it can, no more cards are given to the non-ship builders. The cards can be powerful, especially the Icebreaker card.) Similarly, why would I NOT place all of my cubes on each of the Research Tracks? (hint: competing on the track and NOT winning drives up the point value for the eventual winner.) Moving the ships and/or cubes to the Discarded Resource area can not only earn points, but it can also protect from inflating your opponent’s scores.

All of these choices provide the kind of game stress I find enjoyable – when you have too many options and you are trying to figure out what the best option would be.

The game length is great, especially with two players (less than an hour once you know how to play), but I found it playable at all player counts. In fact, two of the eight pages of the rulebook are dedicated to game setup, as the setup is different for two, three, and four players.

Not everything is all sunny (see what I did there?) and perfect, though. The first play through can be difficult due to the unique mechanisms and the less-than-stellar rulebook. After the first game was under my belt, I understood and liked the game, and Sarah loved it; however, my daughter HATED the game and refuses to play it again.

This MAY explain why my daughter does not like this game – there was a particularly contested Area that she THOUGHT she had control of and avoided placing an additional Scientist there at the end of the game; unfortunately, one of my Scientists was obstructed from her view and we were really tied. I did not realize she did not see it, so when I placed one there and then she realized she actually lost control of the Area, she was not happy.

If theme is important, then this game will most likely not scratch that itch. Outside of the Sun mechanism, the game is not very thematic. Personally, this did not detract from my enjoyment, but I want to bring this up in case theme is important in the games you play.

I enjoyed playing Antarctica once I figured out the rules. I was pleasantly surprised by both how strategic the game is as well as how quickly it could be played. I really enjoyed the Sun and area control mechanics. Finally, I found the end game scoring in Antarctica to be both unique and a clever mechanic.

If you’d like to get a copy of Antarctica, you can pick it up for about $30.

Hits:
• Highly strategic game that plays quickly
• Scales well
• The area control is the good kind of aggravating and the scoring is interesting
• The Sun counterclockwise rotation activation is great

Misses:
• A bit of a learning curve due to the rulebook and unique mechanics.
• The board can get very cluttered and it can lead to confusion
• The game can be a little dry and does not really have theme 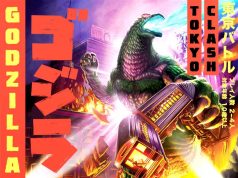 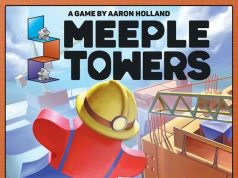